Here, we discuss five smart guidelines for keeping your property from becoming a bulletin board for both good and dubious causes.

What About the First Amendment?

Many homeowners mistakenly believe the U.S. Constitution’s First Amendment gives them the right to post anything anywhere.

“It’s remarkable for a former journalist like myself and as someone who loves the first amendment,” says Nathaniel Abbate Jr., a partner at Makower Abbate & Associates PLLC in Farmington Hills, Mich., who represents associations. “But I tell HOA owners that you can give up your rights—and you do—when you accept a deed to the property. The fact that you want to make a political declaration or post a ‘for–sale’ sign doesn’t mean you have that right. In fact, most condo associations we represent make it clear you can’t have any signs whatsoever. The only display of a political nature permitted is an American flag not to exceed 3 x 5 feet because that’s what the case law supports.”

How can you create reasonable rules that allow owners’ some rights but don’t make your HOA look like a college residence hall? Follow these guidelines:

1. Be reasonable. “The board has the right to set reasonable rules and regulations,” says Matthew Zifrony, who advises homeowners and condo associations at Tripp Scott, a Ft. Lauderdale law firm, and who’s also served as the president of a 3,000–home association. “The exception is if your governing documents specifically allow notices. If they say the HOA must allow any resident to post a notice in the clubhouse bulletin board, the board wouldn’t have the ability to restrict those notices. Absent that, it falls back in the general area where the board has the right to establish rules governing common areas.”

2. Apply your rules evenly. “Your rules have to be reasonable, they have to be applied equally to everybody, and they can’t discriminate,” says Zifrony. “So if your HOA says notices don’t look good and we’re not going to allow any postings, so be it. But if you allow one notice per person, you have to allow everybody to put one notice up.”

3. Create a sign zone. “Every community that has a common area should put up a bulletin board where they can post meeting agendas and people can post, ‘I do babysitting’ notices,” says Duane McPherson, president of the western region and Dallas⁄Ft. Worth divisions of RealManage, an association management firm that oversees properties in Arizona, California, Colorado, Florida, Louisiana, Nevada, and Texas.

What’s inappropriate? Something that violates your rules and regs. “We had an owner who put up an ad offering to do taxes,” says McPherson. “He was an accountant, which was OK. But he was doing the work out of his unit, and the HOA specifically disallowed working out of your unit in a way that creates traffic, and his work did create a traffic problem. So his post wasn’t inappropriate, but it certainly violated the HOA’s governing documents.”

That said, be careful not to restrict posts you simply don’t like. “I tell associations that you want to avoid restricting one thing and allowing another,” says Zifrony. “That’s a slippery slope. It’s when you start saying you’re going to allow some but not all that you start having a problem. That same rule applies to articles for newsletters. Are you going to start screening articles for content, or are you going to allow all articles to go in? I tell my associations to either have the board put out the newsletter itself, or open it up to everybody and don’t restrict what goes in.”

5. Enforce your rules. “We tell associations that you have every right to restrict posts,” says Abbate. “But if you allow some people to post what or where they shouldn’t, you may be viewed as having waived the restrictions.”

Enforcement also makes your HOA look cleaner. “At the HOAs we manage,” says Robert White, managing director of KW Property Management & Consulting in Miami, which oversees about 125 associations totaling 30,000–35,000 units, “we enforce sign rules because we want the community to look good.” 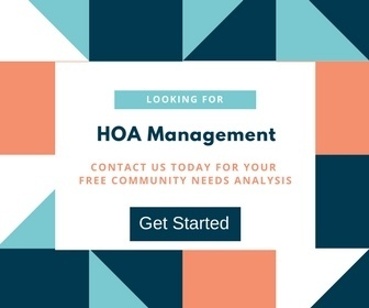